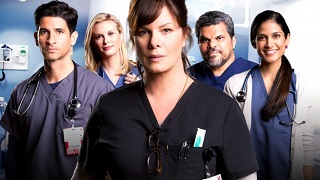 Code Black concluded its first season this week with quite unimpressive ratings. It has been at levels that are only acceptable for shows that are old and in syndication, such as Hawaii Five-0 and The Good Wife. In fact, it has not once managed to get a higher adults 18-49 rating than Blue Bloods in 2016. Combining this with the fact that Code Black only got a partial backorder (its initial 13 episodes were extended with 5 more to a meager 18-episode first season instead of the full 22), and the picture is clear. Code Black is a Certain Cancellation.

Life In Pieces has been doing very well ever since its series premiere back in September. Of course, it hasn’t done the show any harm that it’s had the lead-in from The Big Bang Theory ever since it premiered. In fact, it has become CBS’ highest-rating comedy after the aforementioned The Big Bang Theory. That this was caused in large part by this lead-in is a detail that won’t really influence the show’s renewal prospects, since it’s the ratings that count. Life In Pieces is now a Certain Renewal.