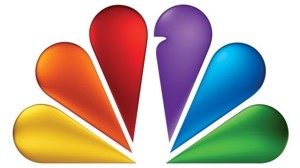 Itâ€™s that special time of the year. The TV season is coming to an end and soon the networks will have their upfront presentations where they announce their Fall 2016 schedules. This means itâ€™s time to make our final predictions. Which shows will be cancelled, which will be renewed? NBC will have its upfront presentation on May 16th, in the morning.

These are our final renewal and cancellation predictions before the upfronts. Below the list, we explain how we came to these predictions.

As is the trend these days, NBC has already renewed a large batch of series well before the upfronts, starting with newcomer Blindspot in November and ending with Friday veteran Grimm in April. Still, several shows remain.

NBCâ€™s comedy section has been a difficult one for several years. The only show that performed relatively good this season is Superstore, which was immediately awarded with a renewal. Its companion Telenovela was a lot less lucky, and has not received any notice yet. That, and its ratings, mean that it will be cancelled.

The Carmichael Show is doing slightly better, although it saw a painful 0.7 in the demo last week. However, we still think NBC is going to want to keep this one (over, say Telenovela) for its apt social commentary. Crowded, on the other hand, is also not leaving an impression and will be cancelled.