Click here for the other networks: CBS - ABC - FOX - The CW

Below you can find graphs with ratings for all the series on NBC that are currently airing original episodes. The graphs are divided in two sections, one for the adults 18-49 ratings and one for the total viewers in millions. Every section contains three graphs, corresponding to the genre drama, comedy or non-scripted. Click on a section name to go directly to the corresponding graphs. 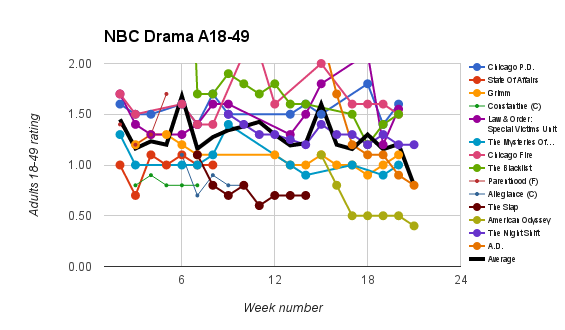 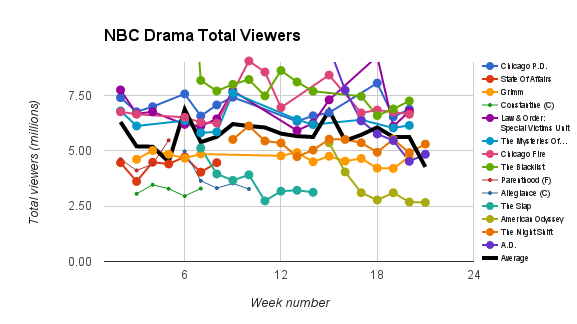 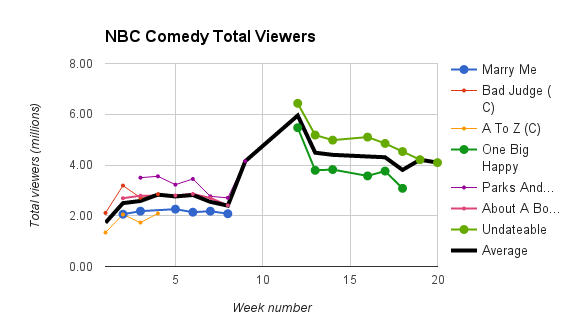 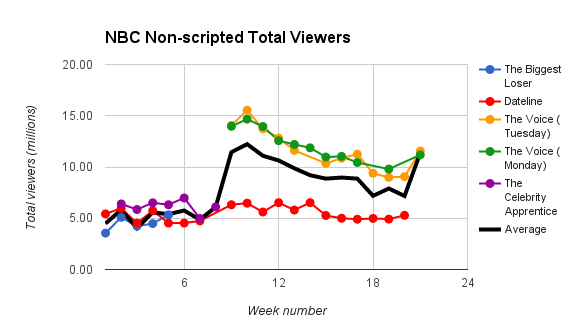