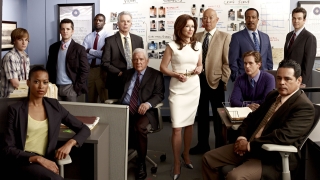 Major Crimes is in between seasons. It is currently unknown when season 5 will premiere.

Synopsis:
Two-time Oscar nominee Mary McDonnell stars in this spin-off of "The Closer", taking the detectives in the Los Angeles Police Department's Major Crimes division into bold new territory. As the new boss, McDonnell's Captain Sharon Raydor is determined to lead the department with a more team-oriented approach, sharing the credit with the people with whom she works. The show focuses on how the American justice system approaches the art of the deal as law enforcement officers and prosecutors work together to score a conviction.

All posts about Major Crimes