TBS cleans house, cancels Clipped and Your Family Or Mine after one season

Other recent Renewals and Cancellations on TBS: 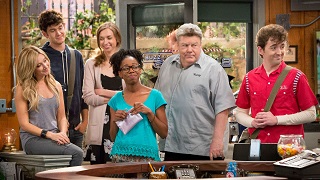 TBS has cancelled its comedy series ClippedÂ and Your Family Or Mine after just one season. The Massachusetts-based barbershop comedy and the Seattle-based family comedy premiered modestly, but both managed to get stable ratings this summer. Still, they didnâ€™t prove to be stable enough to earn the shows a renewal.

With these cancellations, TBS has finished cleaning house; after the overhaul triggered by new TBS and TNT boss Kevin Reilly, TBS does not have a single original live-action scriptedÂ show left. The only remaining original scripted show is the animated American Dad!, which Reilly will remember from his time at FOX.